Who do you think can win the pk of hub motor and mid drive motor?

Deeply analyze the differences between the mid drive motor and the hub motor.

What is a hub motor?

As its name implies, the hub motor integrates the motor into the flower drum. After being electrified, the motor converts electrical energy into mechanical energy, thus driving the wheels to rotate and driving the electric bicycle forward. 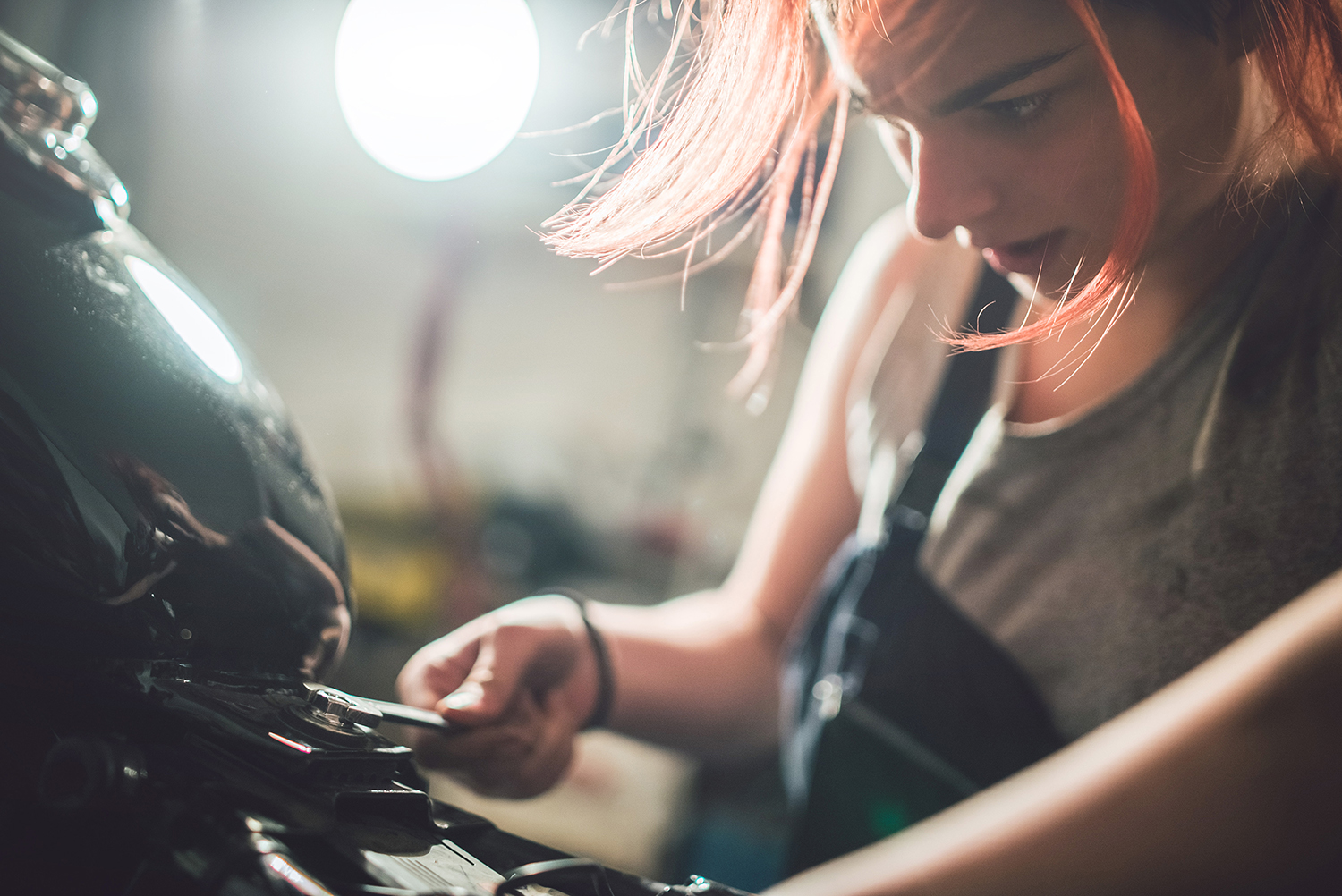 Geared hub motor is limited by precision and material in the early stage, which will cause friction due to insufficient precision, and then cause noise and wear. With the development of industrial technology, most of the geared hub motors are now made very well, which you don't have to worry about. 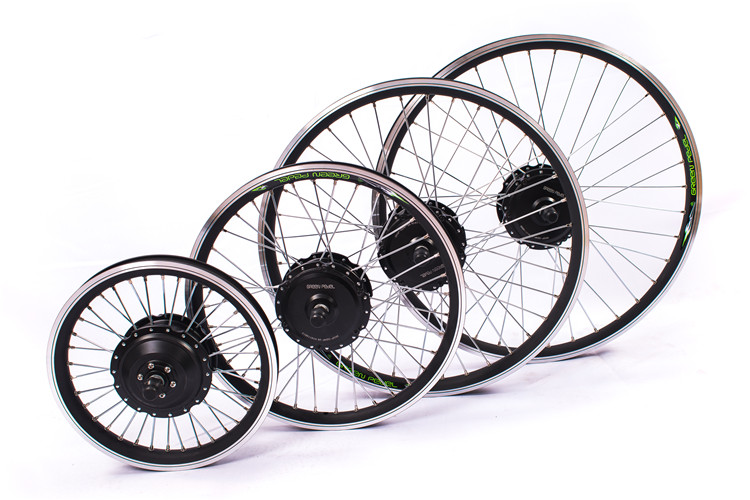 The internal structure of the gearless hub motor is traditional, and there is no duplicated planetary reduction device, which directly relies on electromagnetic conversion to generate mechanical energy to drive the electric bicycle.

The gearless hub motor is a direct drive type, and there is generally no clutch device in it, so it is necessary to overcome electromagnetic resistance when riding without power. However, because of this, the hub motor with this structure can convert kinetic energy into electric energy and store it in the battery when going downhill.

In fact, not all gearless hub motors can recover kinetic energy. Although this sounds like a great idea, it will cost a lot to use in practice, and it will increase its complexity, which is not worth the candle. 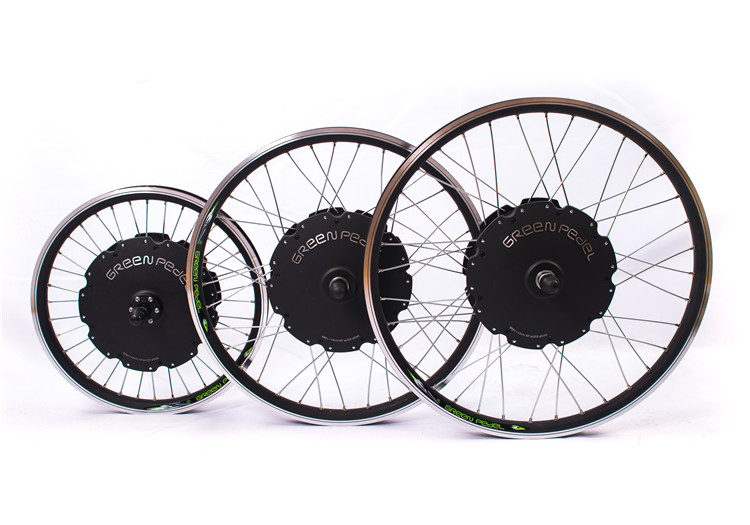 Dear friends, hello and welcome to the Green pedel.

As the core of power output, the motor, one of the four major components of electric bicycles, has the ability to convert kinetic energy into mechanical energy. In the market share ratio of mid-set motor and hub motor, the hub motor has an absolute advantage.

So what is the cause? Let's first understand the advantages and disadvantages of the two motors.

Hub motor means that the current assembly integrated with reducer is directly assembled in the hub. Brushless hub motors are usually used in electric bicycles on the market. The structure is simple, under the action of current, a magnetic field is formed between the two magnetic steel sheets, which makes the rotating shaft move, and because of the simple structure, the failure rate is reduced.

Advantage 1: A large number of transmission parts are omitted, which makes the electric bicycle structure simpler

Because the hub motor has the characteristic of independent driving of a single wheel, it can be easily realized in front drive or rear drive.

3. Reliability problem: put the precise motor on the wheel hub, the long-term violent vibration up and down and the fault problem caused by the harsh working environment (water and dust), and also consider that the wheel hub is easily damaged in the traffic accident, and the maintenance cost is high.

4. The problem of braking heat and energy consumption, the motor itself is heating, because the unsprung weight increases, the braking pressure is bigger and the heating is bigger, so the concentrated heating requires high braking performance.

The hub motor is exposed to the outside, unlike the middle motor that is blocked by the car body. Therefore, in summer, when the electric bicycle is parked under the sun, the black aluminum end cover quickly absorbs heat and can rise to 50 degrees.

Because of the self-weight of the hub motor, the rear shock absorption will bear a lot of pressure when riding, and the electric bicycle manufacturer has to install the battery under the bucket to balance the body.

In addition, when the hub motor is running at high speed, the inertia caused by its own weight is difficult to brake by the motor vacuum pump, and it needs the assistance of the brake disc.

What is a mid drive motor?

In order to achieve better sportiness performance, the high-end sports electric bicycles mentioned above will adopt the middle motor. As the name implies, the middle motor is placed in the middle of the frame.

The advantage of the mid drive motor is that it can keep the front and rear balance of the electric bicycle to the maximum extent, and it will not affect the shock absorption, and the motor will be less impacted by the road surface on the bumpy road.

In terms of routing, because of its high integration, it can reduce the leakage of the line pipe, so it is superior to the electric car with hub motor in handling, stability and passability of bumpy road sections.

However, in terms of selling price, comprehensive performance and later maintenance, the cost of the mid-set motor is much higher than that of the hub motor, and the mid-set motor is transmitted to the rear wheel through the toothed disc and chain, which will aggravate the wear.

The above is the comparison between the advantages and disadvantages of the hub motor and the center motor, so when choosing an electric car, you should choose your own electric car according to your own needs. The middle motor can change speed, and has good control feeling, fast acceleration and strong climbing ability. The center of gravity of the middle motor is in the middle of the electric bicycle, which can play the role of front-rear balance when the vehicle runs quickly. For front-rear shock absorption, the load is relatively balanced.

The middle motor has high power and good heat dissipation.

The middle motor has transmission loss and wastes electricity, and the advantage of this feature in competition is that it can dock the gearbox, or you can adjust the toothed plate to change the ratio of speed to torque.

Compared with the hub motor, the structure of the mid drive motor is more complex. Besides the motor, the mid-set motor needs the cooperation of clutch, transmission shaft, transmission chain, transmission and differential to output power to the rear wheels. These components not only increase the complexity, but also increase the difficulty of maintenance in case of failure, which requires regular maintenance and repair, and it is also difficult to refit.

The most important thing is that the price is very expensive.

What do you think of these two kinds of motors? Or which kind of motors do you prefer, please leave message to us.