You are here: Home » News » 5 things you should know about e-bike motors

5 things you should know about e-bike motors 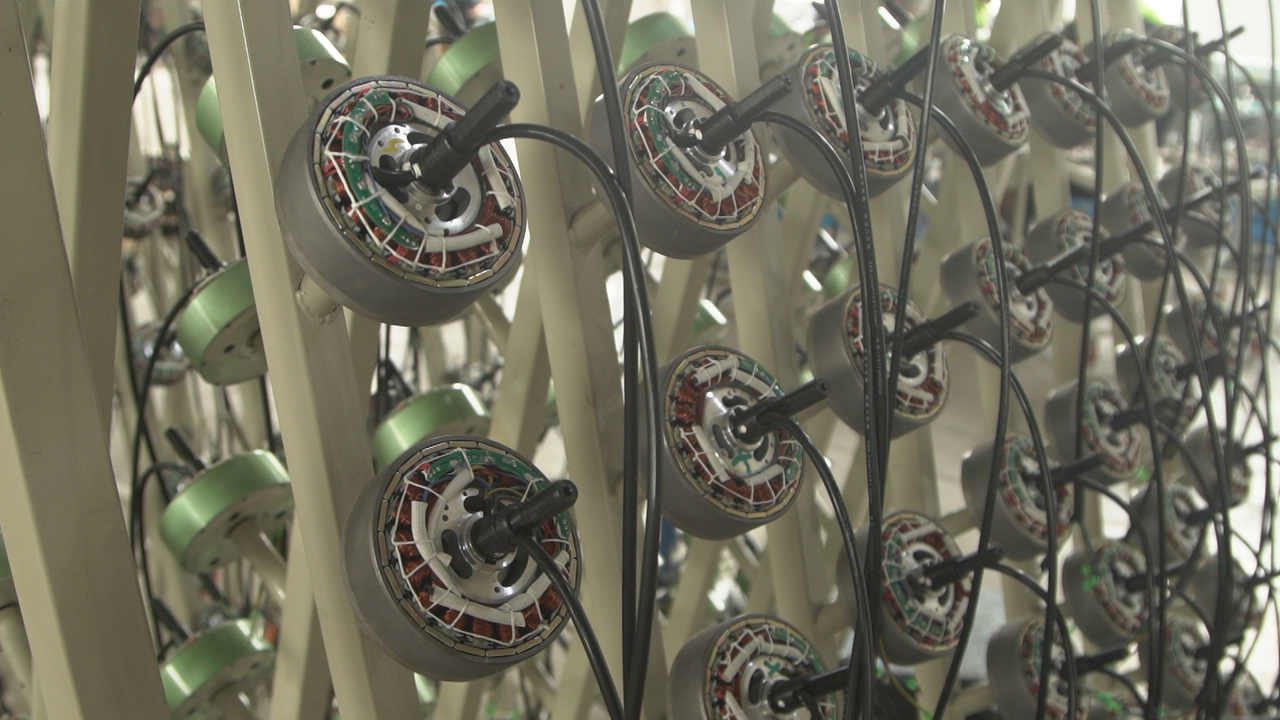 Have you caught the e-bike craze? Electric bikes are suddenly becoming more and more popular, everyone's catching on, and they're a very affordable option!

But many people don't know enough about electric bikes, and information about models and specifications can be very confusing for most people who don't know about them, and the electric bike motor is one such component that can baffle those who want to try one. How do you go about determining which motor is more suitable for you? What is the power rating? How many watts should you choose for a motor that would be more suitable? And what are the differences between different motors?

We've put together a few key points for motors, so read them carefully and you're sure to find information that will help you!

Electric bicycle motors come in different forms depending on the environment in which they are used and how often they are used. The characteristics of different forms of motor are also different. At present, electric bicycle motors generally use permanent magnet DC motors. The so-called permanent magnet DC motor means that the motor coils are excited by permanent magnets and not by coils, which eliminates the electrical energy consumed by the excitation coils and improves the electromechanical conversion efficiency of the motor, which can reduce the driving current and extend the range for electric bicycles that use limited energy on board.

2. How does the e-bike motor work?

Generally speaking when you think of an electric bicycle motor you must think about how it works. An e-bike motor converts electrical energy into mechanical energy to make the e-bike go faster. Generally speaking, brushless motors are the preferred choice for electric bicycles, which can be more efficient and have a longer lifespan. If you look at a brushless motor, you will see that there are several wires wrapped around a series of circular poles, which are what we call spindles. Inside or around the spindle, you will see round permanent magnets, which are the rotors. When a rider is riding, the motor controller draws current from the battery into the wires and this makes = the spindle electromagnetic. The permanent magnets on the rotor are attracted and repelled by the electromagnet, stimulating the spinning action.

For the front and rear wheel motors, the shaft behaves like an axle and so cannot rotate, instead the rotor rotates, thus causing the motor to rotate along. It therefore generates the torque that drives the front or rear wheels.

However, for mid-mounted motors, the spindle is attached to a shaft which, once rotated, generates torque and thus provides pedal assist through the chain ring attached to the spindle. 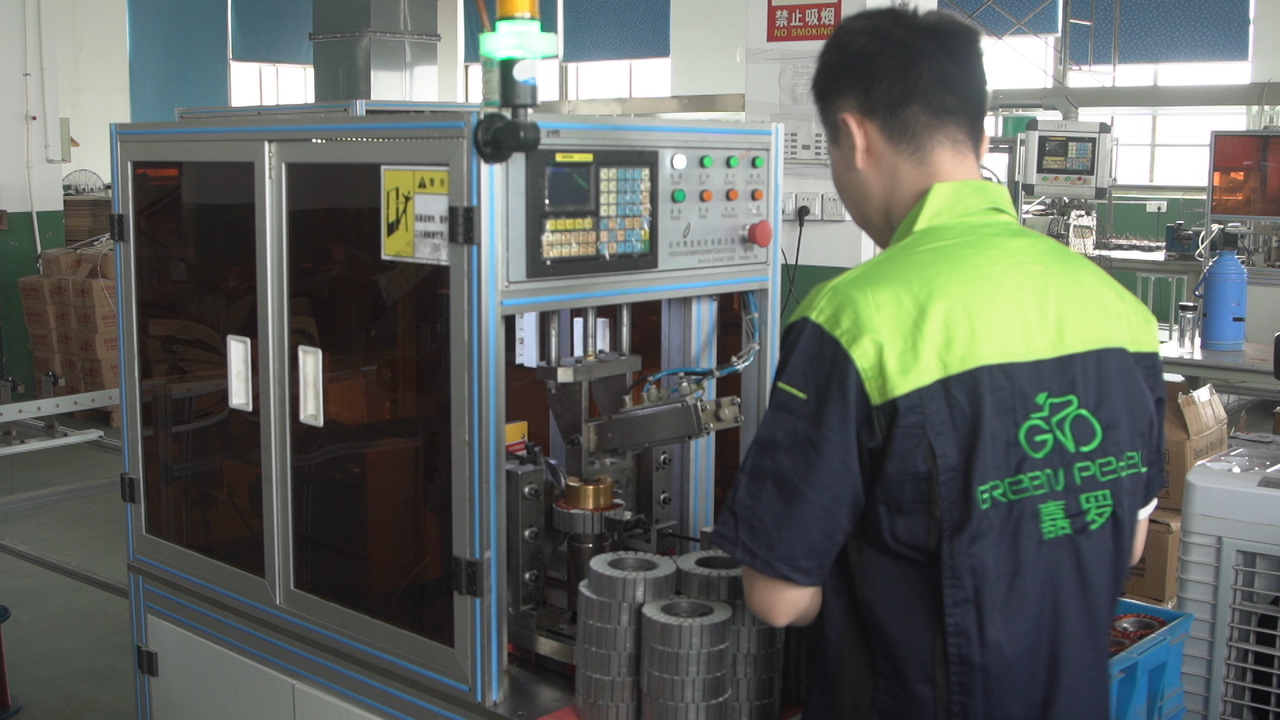 3. What are the advantages and disadvantages of electric bicycle motors?

When you choose to buy an electric bike or kit, you should know what a motor is and what types of motor are available so that you can choose the right one for you.

The Types of e-bike motors：

E-bike motors come in a variety of different sizes and styles. The most common type of e-bike motor is the hub motor, which is located in the center of the wheel. Hub motors are very powerful and can reach speeds of up to 28 mph.

There are several types of motor that exist on the market, which we can broadly classify as having such advantages and disadvantages. However, we have to introduce you to Green Pedel, a manufacturer who has a great advantage in the manufacture of motors.

Green Pedel's motors are a good choice for wholesalers because of their higher quality compared to motors from other manufacturers, for example: higher height of spindles and magnets, higher motor power; copper wire is more resistant to high temperatures; and human bearings are more noise reducing.

When it comes to electric bicycles, then its power is one of the factors that must be considered. The actual power output depends on how much load you add to the bike, the maximum current allowed by the controller and other external factors such as the weather.

The power rating only tells you how much power you are getting at a given time, and there is no standard duration to determine peak or power. For example, a motor may peak at 750w for a few seconds and then fall to a continuous power of 500w. You can only measure the approximate power of your e-bike motor by the watt hours produced by the battery. If you want a more accurate figure, you can multiply the amperage of your e-bike battery and motor controller to get a more exact figure, and you can do this by getting information on the percentage of efficiency from professionals such as manufacturers and retailers. For example: if you have a 48V e-bike battery and a 17 amp controller, the ideal power should be 816 watts, assuming it works at 80% efficiency, then you could get 625.8 watts, then you would end up with a power that is very close to the various 600 watt rated e-bikes, and you would choose the 600 watt rated product at the manufacturer So if you have a 48-volt e-bike, then you're going to end up with a power rating that's very close to the 600-watt rating.

So you know that the actual power of the motor is influenced by a number of factors and all you have to do is eliminate a range of factors to choose the best product for your needs.

5. How it interacts with the bike

You want to modify your bike, then the motor alone is not enough, it is not the only component that helps the bike spin faster, an electric bike to run needs the controller, battery, motor and other components to work together to provide an overall system.

When you ride, you first draw current from the battery into the motor by pedalling the bike, and then the controller provides power to the motor by regulating the current during the ride. The amount of current flowing to the motor can be determined by applying force to the pedals and controlling the use of the controller while riding, hence the need for a power or electronic assist on the e-bike. And an e-bike with pedal assist also needs a speed sensor or torque sensor as a way to regulate the electronic assist.

A speed sensor controls power by measuring pedalling cadence and effort, while a torque sensor regulates power by checking the torque generated during riding. Of course, you can also opt for a throttle-assisted e-bike, which is power-supported independently of the pedals, but because of this feature, this type of e-bike is sometimes classified as a moped or scooter, so be sure to consider local laws and regulations and other policies when making your choice to ensure that the product you are buying is legal for use in your area.

In addition to this, and most importantly, it is not enough to have a motor if you want to rebuild a bike, so it is important that you know something about e-bike kits when you rebuild a bike.

Finally, before making a final decision, it is a good idea to do a test drive to gauge your riding experience to choose the right motor.