Unlike the brake levers used on a regular bike, e-brake levers are used to cut off power while doing machanical brake. Especially when the power is enormous, we need this to cut off the power to keep ourselves safe. 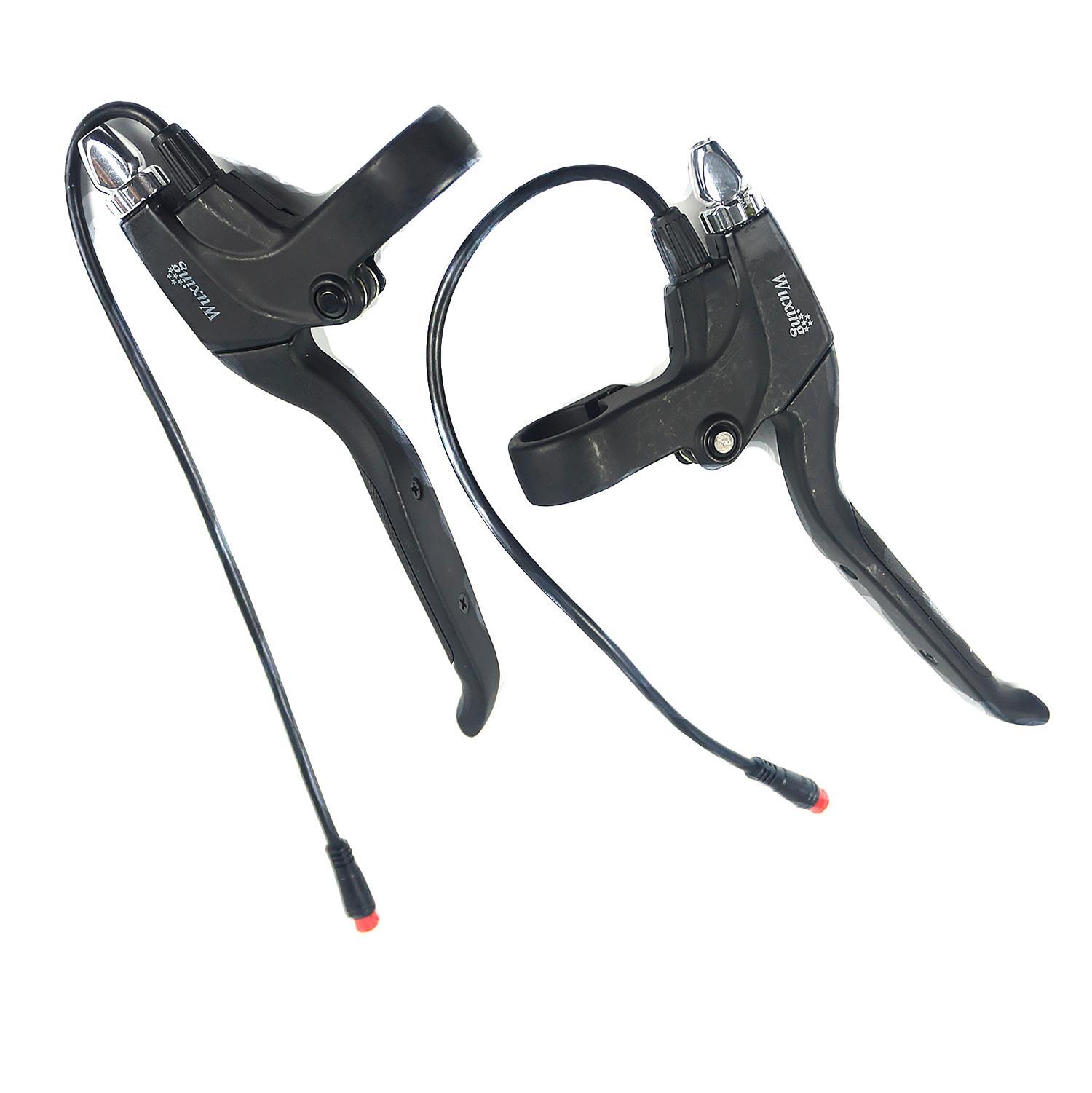 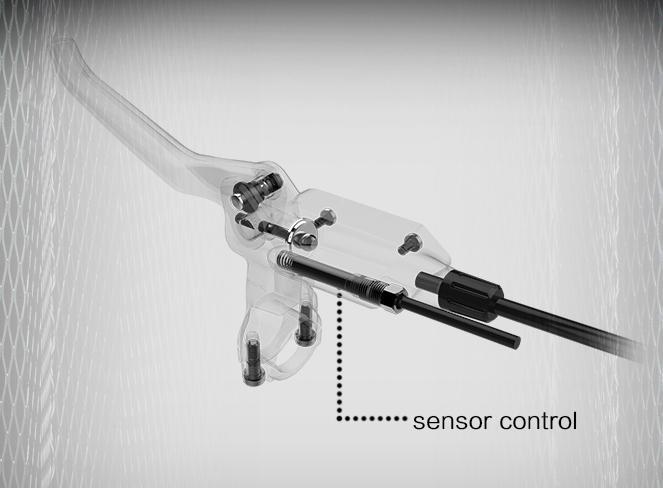 Inside the joystick, a sensor detects when you have pulled the brake cable, and then sends a signal to the controller to turn off the motor.

If your bicycle is equipped with a combined gear lever, it is not recommended to use it because you must replace an independent gear lever to install it next to the new brake lever. It does not apply to bicycles with hydraulic brake levers.

1. Remove the handle from the bicycle.

3. Slide the electric brake lever onto the handlebar of the bicycle.

4. Confirm that the brake cable and electrical cable are well connected. 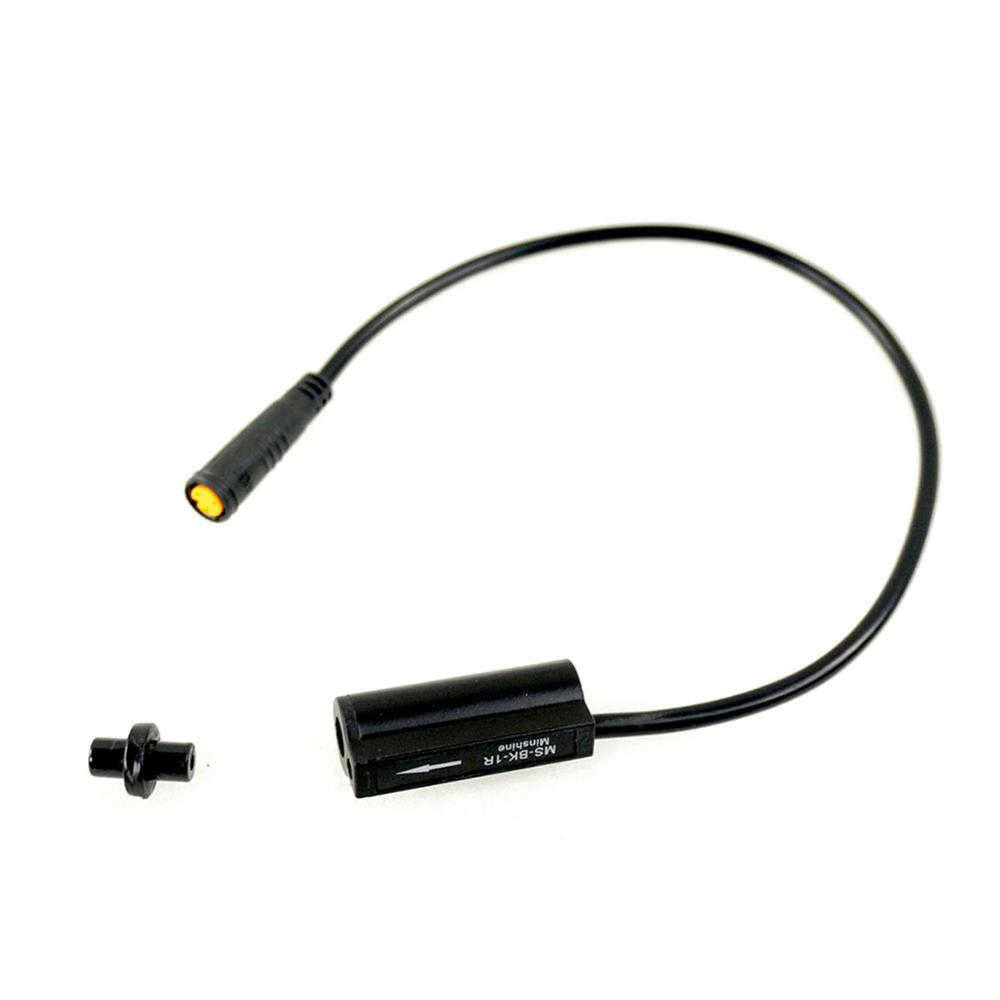 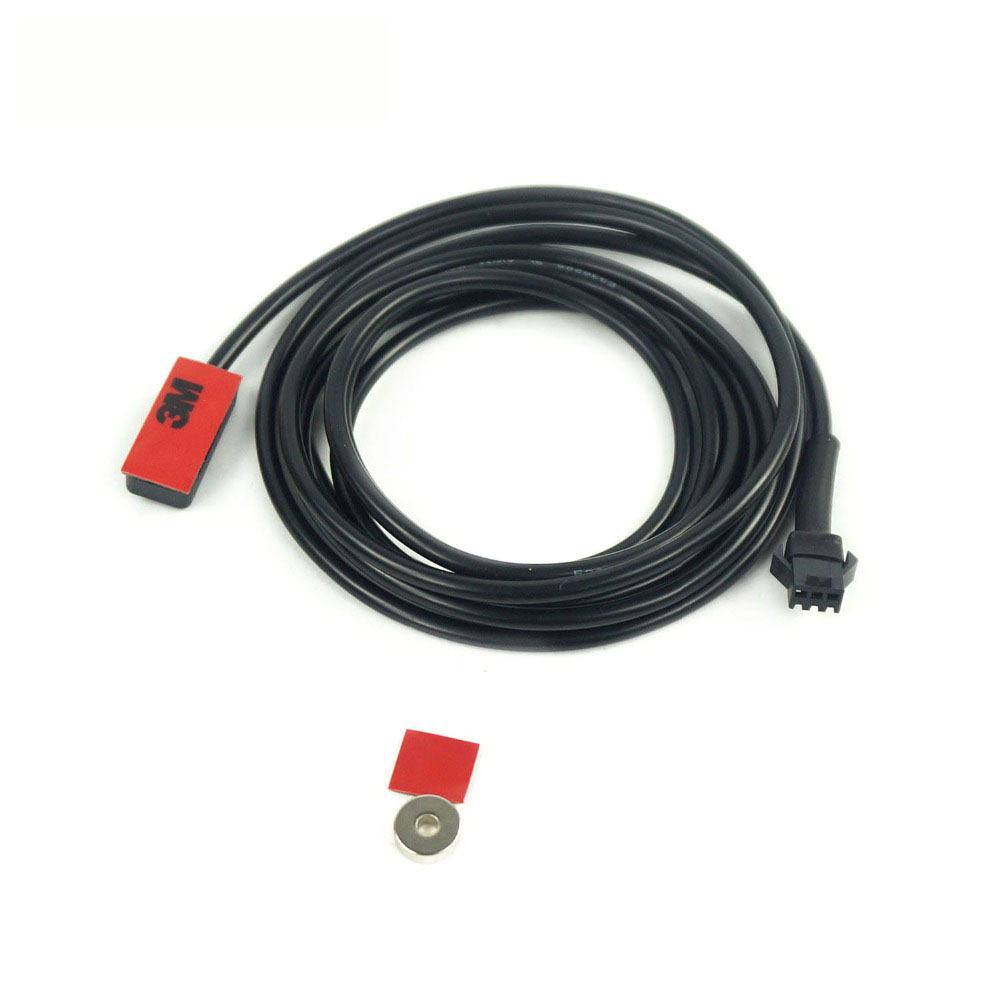 The brake sensor MS-BK-1R is small and reliable. When the brake cable is pulled, it detects and sends a signal to the controller.

If you have a combined shift lever or hydraulic brake, which can prevent you from removing the existing brake lever, the brake sensor 02 is a good choice for turning off the motor.

1. Please distinguish the difference in brake sensor between the Model: MS-BK-1R and Model: MS-BK-1F before mounting. See table below

2.Make sure brake line is well, you can't use a broken brake linethrough the brake sensor ,see picture below. 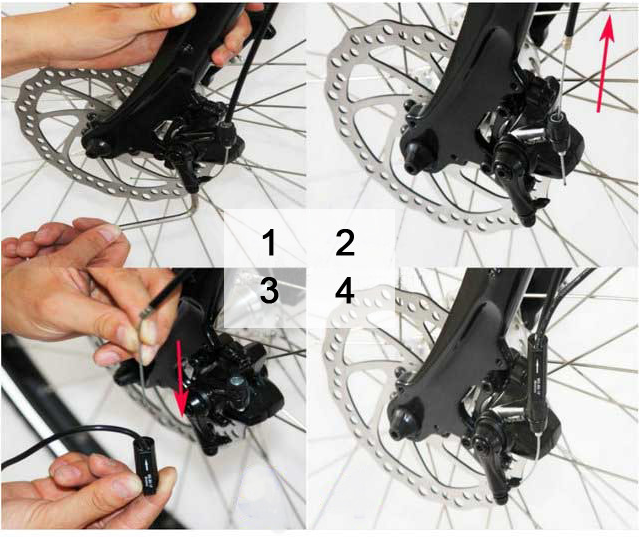 Then use 3M tape or glue to fix the sensor to the non-moving part of the brake lever or shift lever. Move the magnet on the brake lever leg to a sensitive position, and fix the magnet with 3M tapes, glue, or self-locking packaging cable. 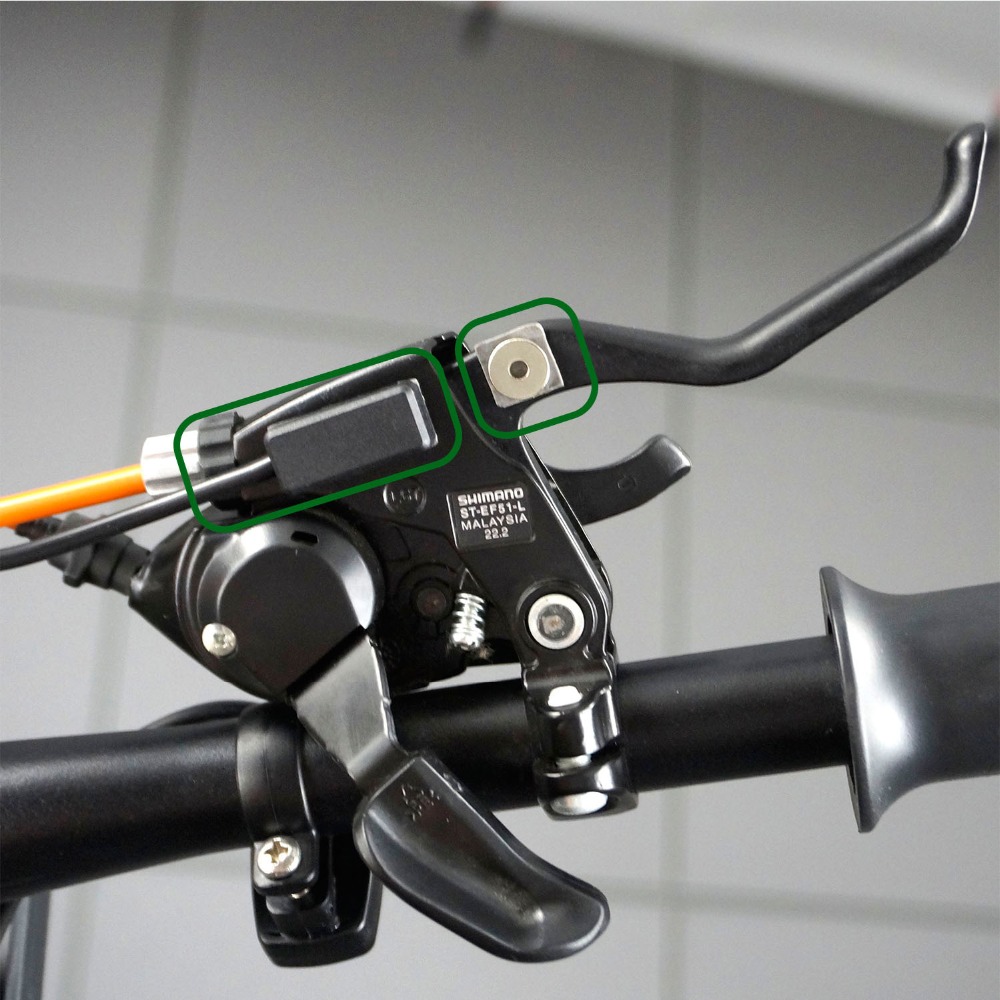