You are here: Home » News » Introduction and difference of each certification

Introduction and difference of each certification

The CE mark is a safety certification mark and is regarded as a passport for manufacturers to open and enter the European market. CE stands for CONFORMITE EUROPEENNE. All products affixed with the "CE" mark can be sold in the EU member states without meeting the requirements of each member state, thus realizing the free circulation of goods within the EU member states. CE certification is limited to the basic safety requirements of products that do not endanger the safety of humans, animals and goods, rather than general quality requirements. The coordination directive only specifies the main requirements, and the general directive requirements are standard tasks. Therefore, the precise meaning is: the CE mark is a safety conformity mark rather than a quality conformity mark. It is the "main requirement" that forms the core of the European Directive. In the EU market, the "CE" mark is a compulsory certification mark. Whether it is a product produced by an EU enterprise or a product produced in another country, if you want to circulate freely on the EU market, you must affix the "CE" mark to indicate the product It complies with the basic requirements of the EU Directive "New Methods of Technical Coordination and Standardization". This is a mandatory requirement of EU law on products 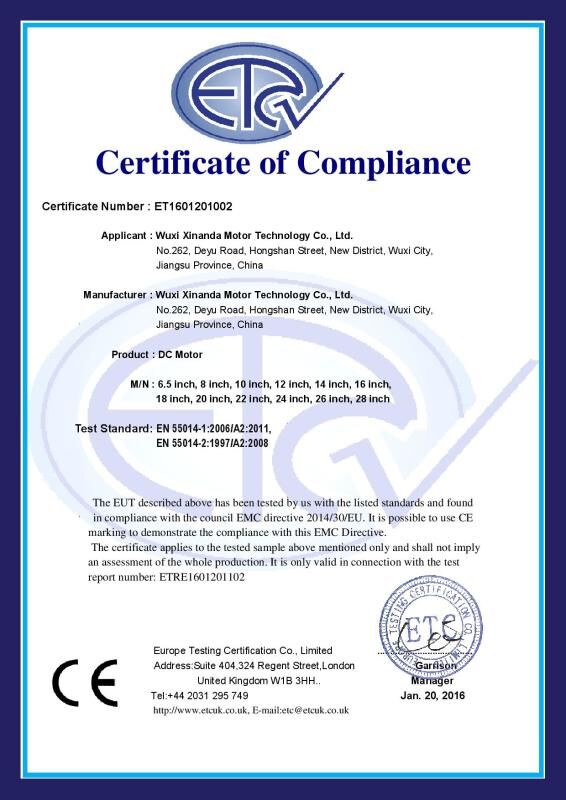 UL certification was founded by the global testing and certification organization and standard development organization UL Co., Ltd. of the United States. Since its establishment in 1894, UL has issued nearly 1,800 safety, quality and sustainability standards so far, of which more than 70% have become American national standards, and UL is also the Canadian national standard development agency. It uses scientific testing methods to study and determine whether various materials, devices, products, equipment, buildings, etc. are harmful to life and property and the degree of harm; to determine, compile and issue corresponding standards and help reduce and prevent life Data on property losses, while conducting fact-finding research business. UL certification is a non-compulsory certification in the United States, mainly for product safety performance testing and certification, and its certification scope does not include the EMC (electromagnetic compatibility) characteristics of the product. In short, it is mainly engaged in product safety certification and operating safety certification business, and its ultimate goal is to obtain products with a fairly safe standard for the market, and to contribute to the guarantee of personal health and property safety. In terms of product safety certification as an effective means to eliminate technical barriers to international trade, UL also plays an active role in promoting the development of international trade. 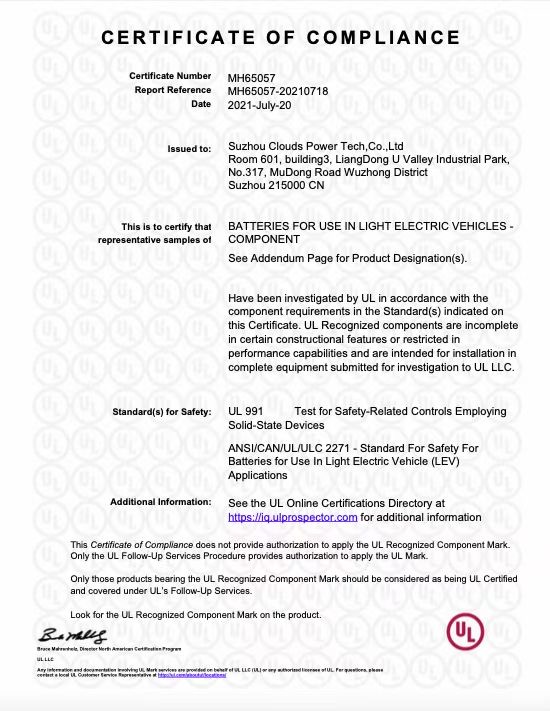 EN 15194 certification The European Technical Committee Bicycle Committee TC333 discussed the finalization of the CEN electric bicycle standard in Brussels. The number of this standard is EN15194, or EPACs for short, namely: electric two-wheeled vehicles. After this meeting, the second public consultation will be held in the 30 countries of the CEN Committee. It is planned that the new electric bicycle standard will be accepted and implemented by the European Commission in early 2008. It will take effect from July 2009. For the first public consultation on EN15194, a variety of opinions and suggestions were collected from various parties and contributed to the testing methods and drafts discussed this time. This draft covers the most important factors involved in the EN15194 standard (standard scope): Electric assisted two-wheelers (EPACs) must not exceed 48 volts; the maximum horsepower does not exceed 250 watts; when the speed reaches 25 kilometers per hour, the output The power is gradually weakened until the power is cut off; this standard does not belong to the EU Safety Directive 2002/24/EEC. The new standard for electric assisted bicycles is far more complicated than the current bicycle standard (EN14764:2005). The new standard involves mechanical safety, electromagnetic compatibility (EMC) and electrical safety; ----Mechanical safety standard: According to the test requirements of the bicycle standard (EN14764:2005); ----Electromagnetic compatibility (EMC) standard: the purpose is Ensure the safety of people who use hearing aids or pacemakers when driving motorcycles, cars, or electric-assisted bicycles. Starting in July 2009, all electric mopeds sold in the EU market must pass the electromagnetic compatibility test of the new standard EN15194; ----Electrical safety standards: involving the requirements for electrical circuits, batteries, wires and connectors, and power control

EN ISO 13849-1 certification：The full name of EN ISO 13849-1 certification is "Machine Safety-Safety Related Components of Control Systems", which focuses on analyzing the structure of the control loop and dividing the control loop into 5 categories: B, 1, 2, 3, and 4 according to the control loop structure. , Supplemented by appropriate MTTF value and DC value to achieve the expected PL (performance level) level. ISO 13849 is not only for electronic/electrical/programmable electronic systems, but also for the design and analysis of mechanical, hydraulic and pneumatic safety circuits. Mainly from the software and hardware structure, the detection range of the fault detection device (diagnostic coverage DC), component reliability (MTTFd), common cause failure (CCF), design process, working pressure, environmental conditions and operating procedures, etc. to ensure product safety The dangerous failure rate of the function is discussed. At the same time, the ability of the relevant safety components of the control system to perform safety functions under expected conditions is divided into 5 levels (a, b, c, d, e), called the performance level (PL), and the performance level is defined as the hazard per hour The probability of failure is defined. The control system is also divided into 5 categories (B, 1, 2, 3, 4) according to the structure. In this way, the reliability of the safety-related control functions of the equipment can be evaluated quantitatively, and the degree of conformity between the design and the requirements can also be quantitatively measured. At present, the products we are involved in are mainly lithium batteries and BMS protection boards.

IEC 62133 certification IEC 62133-2:2017 is the most well-known standard for exporting lithium-ion batteries, including those used for IT equipment, GPS, wearable products, smart watches, Bluetooth devices, wireless sensors, tools, laboratories, household and medical equipment standard. IEC62133 is an important international standard for lithium-ion batteries in the world and an important basis for IECEE-CB certification. At present, Japan, South Korea, Thailand, India and other countries have adopted IEC62133 to formulate their own national standards. These standards have become an important basis for market access in these countries. IEC 62133-2:2017 specifies the safe operation requirements and tests for portable sealed secondary lithium batteries and batteries containing non-acid electrolytes under the intended use and reasonably foreseeable misuse. This first edition cancels and replaces the second edition of IEC 62133 published in 2012 and constitutes a technical revision. This version includes the following major technical changes related to IEC 62133:2012:-Separate the nickel system into a separate part 1;-include button battery requirements;-update the assembly of batteries into batteries (5.6);-mechanical test [vibration , Impact] (7.3.8.1, 7.3.8.2);-Insert IEC TR 62914 in the bibliography